Got a video for ya, the first I’ve ever uploaded here. Yes sir, that’s me down there getting my grubby little fingers all over my pretty white Fascinate in the name of science. And science isn’t science unless it involves testing and cubes (Thank you Cave Johnson). Thusly, you can see both as I test out shooting virtual cubes around the desk in my living room. That is, until my untimely ending of the video. You’ll see.

No one is cooler than my little brother. Except me of course. ALWAYS ME. But still, he’s pretty awesome as far as little brothers go. As such, he’s created a sweet little slice of cyberspace pie now known as mtolivepraiseband.wordpress.com. That’s kind of a mouthful, so we’re just gonna call it MtOPB.com from here on out (That’s pronounced “mit-OH-pee-bee”). Say it really fast and it sounds like an African swear word.

Anyways, I’m gonna be helping him set it up and get it started. Anyone in the Norfolk, NE area that wants to help contribute/play in the band can head over there in the next couple days to sign up/start following them and his shenanigans. No flaming, mk? We’re all about the positive here! Hit the source link below to head on over and show them some love!

P.S. Here’s a poll to see how many of you think that’s just the most awesome praise band banner image ever. Am I right? 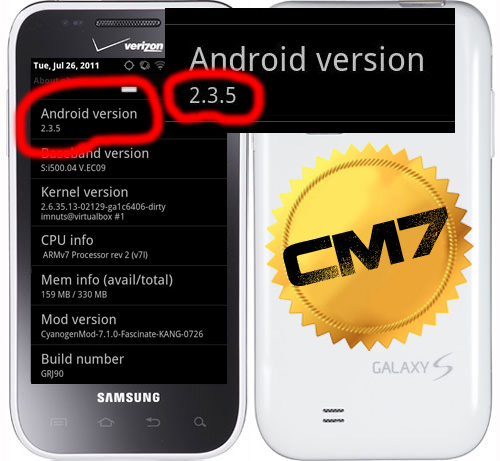 Hey guys, I know its been a while. No, don’t look at me that way! You know I still love you!!!

Anyways, after all the drama that’s been caused because of my lack of “dedication” and “hard work” I’d like to formally announce the single greatest thing to happen to my phone (and yours too) since getting any kind of CM7 build at all: We’ve already beat out every other phone besides the Nexus S for 2.3.5. That’s right ladies and germs, the Samsung Fascinate, courtesy of his majesty himself Mark Diets (better known as imnuts07) we now have a CyanogenMod 7 nightly already based off the 2.3.5 source code.