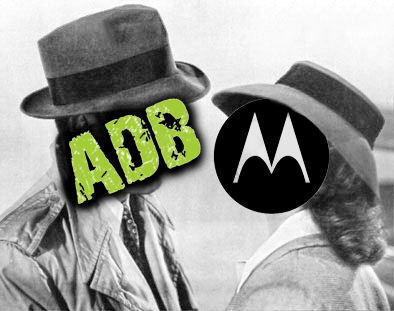 Believe it or not, I’m abandoning my Droid 2. Yes, I know tearful. But it had to happen. Why? To be perfectly blunt, Motorola is royally messing (like to use another word…) their phones with this locked down bootloader bologna. Samsung and HTC have taken the stance of being open to development and it was Motorola that even got this ball rolling! I don’t know what got into their heads (I’m looking at you Verizon) but I don’t like it. The inability to access core functions of a phone at the kernel level is crippling the ROMs available for the Droid 2/x. In all honestly, the fact that they have the incredibly customizable (Froyo) ROMs at all is amazing considering what they’re working with. I’ll still keep on the development side of things from time to time (a la Twitter) and post some significant things to happen here. But it will be significantly less, I’m sorry.

The super sexy slim Fascinate (a Galaxy S phone, you recall)! Yes, I bit the bullet and bought a keyboard-less phone. Sold the R2D2 unit to a pleasant fellow who’s just as obsessed with Star Wars as I was, but not so much with the ROM flashing. So he took it with stock 2.2 software. Yeck. I felt dirty holding that thing… Just kidding, but seriously it was depressing. Now things are much better in the wonderful world of Samsung and it’s glorious golden gateway of unlocked bootloaders! I’ve got kernels, radios, recoveries, and all the ROMs I could ask for to flash. Yes, I’m something of a flash-a-holic, but its a hobby right? Anyways, expect to here a lot more about OTA’s for the Galaxy S phones and development breakthroughs for this spiffy little thing now that I have one in my hands. I’ve already rooted and flashed around a bit but thing haven’t been going so well with the 3G connection on mine so I’m actually sending it in for a replacement tomorrow. Am I willing to put up with this possibly subpar build quality for more open (read: functional) software option? You’re darn tootin’. And I’m loving it. I hope you will too as I redesign the website to reflect the changes in phone as well as hopefully get a new theme in here. Let me know in the comments if there’s a specific theme you all think I should try. Here’s to a bright, unlocked future at ADB!

P.S. 5000 points to the person who names the movie that picture is from. And just like four out of the Jackson Five, the points don’t really matter. (Credit: Who’s Line is it Anyway?)